Teaming up for new ideas 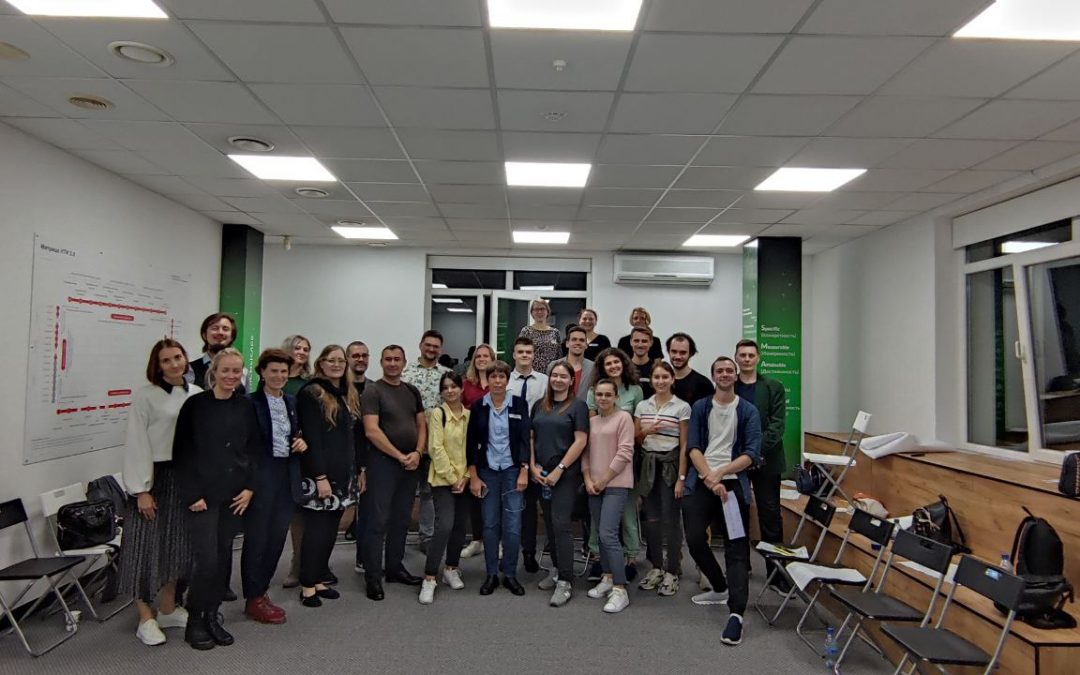 Two weeks after the Twin City Booster workshop we are still impressed by the city of Krasnodar, the great cooperation experience and especially by the bilateral workshop group. Twenty participants from Karlsruhe (Germany) and Krasnodar (Russia) met for two-days “Match & Sprint-Workshop” to create great joint projects and activities as a new stream in the almost 30 years old twinning partnership.

On the 21st of September the Twin City Lab Team met in Krasnodar to explore the city, to get in touch with the administration and to prepare the workshop. We experienced a warm welcome by the local authorities. We appreciated their support, especially in regards to organization, logistics and translations.

On Friday, 24th of September, the group from Karlsruhe arrived. To be precise: two groups arrived. One delegation with official representatives of the city administration. Another  one  consisted of twinning experienced people, administration staff, activists and twinning newbies, eager to start collaborating.

On Saturday Morning, after welcoming speeches from both citie’s administration representatives, our moderators and facilitators Pasha and Elena led the group into an intensive process.Participants got to know each other, explored their interest, started to create their own ideas.After a lunch break and they teamed up to explore the city in search for inspiring ideas.Second day continued further development of their projects, followed by presentation them to each other as well as to the members of the  cities’ administrations. The teams covered a broad variety of expertise and activities in fields like culture, education, civil society, business and innovation and sustainability.

Many topics, ideas and projects and have been discussed and designed. It was an intense experience to match interests and perspectives and well as to explore the possibilities, challenges and even limitations. In the end, at least five of them were presented in the aforementioned plenary session.

All projects and ideas have one thing in common:

Designing, developing and doing things not only for each other but with each other is always a special twinning momentum and a chance to level up.

Karlsruhe and Krasnodar administrations received a chance to update their long lasting twinning relations. They could enjoy their official visit activities, while soon to be twinning activists worked deeply with the workshop hosts. Citizens of both cities, who previously vaguely heard about each other, met on eye-to-eye level, broke communication barriers and jointly prepared draft plans for half a dozen bilateral projects.

Now it is up to both, the bilateral project teams and the cities, to push things forward. We as the Twin City Lab support and accompany the project teams with coachings and consultations to help the on their way to implementation.